A series of 39 postcards were produced by the BUGAUP organisation during their peak period of operations in the 1980's, to promote and fund raise for their activities against the promotion of  unhealthy substances such as tobacco, and against the use of sexist images in advertising, particularly on billboards. This set consists of numbers BU14 through to BU39.  The images play an essential role in telling the story of graffiti and how some contemporary graffiti has, though not with complete agreement, been given an elevated status as "Graffiti Art".
Examples of BUGAUP's published material is held in most State Library Collections.
( DHC1985.05   Set of 26 BUGAUP postcards c 1985  each 15 x 10 cm  - Numbers BU14 through to BU39 ) 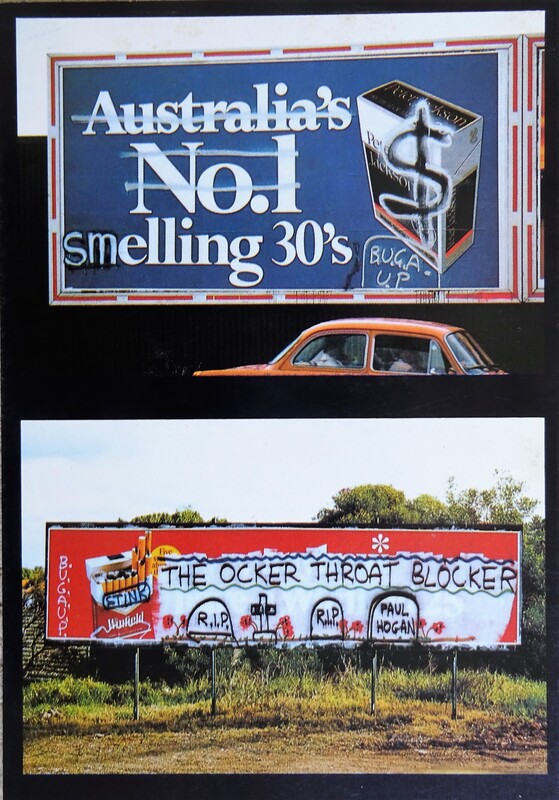 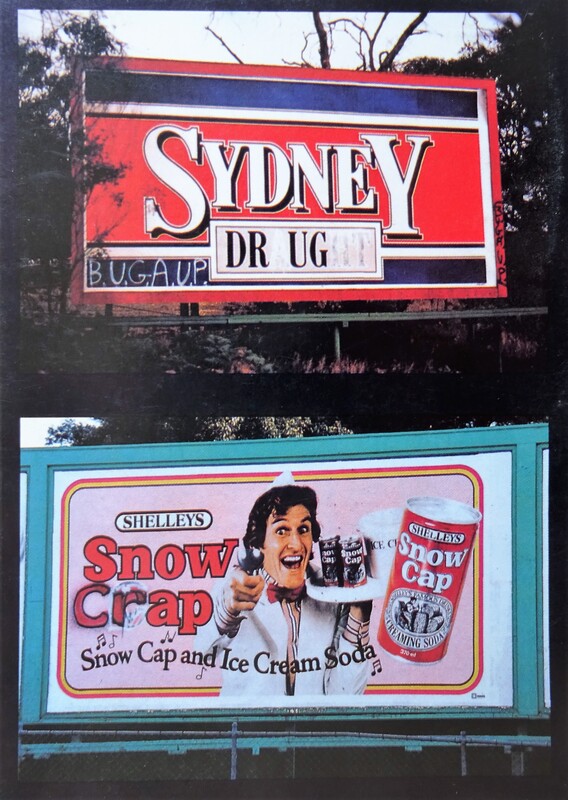 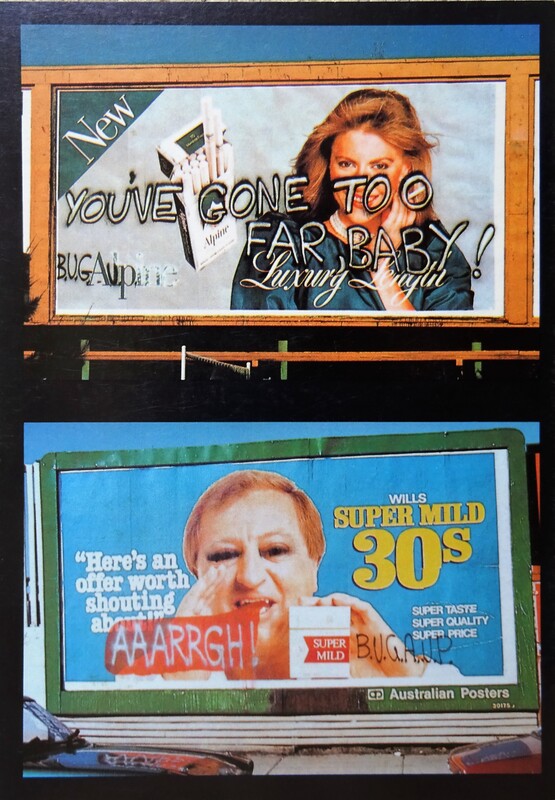 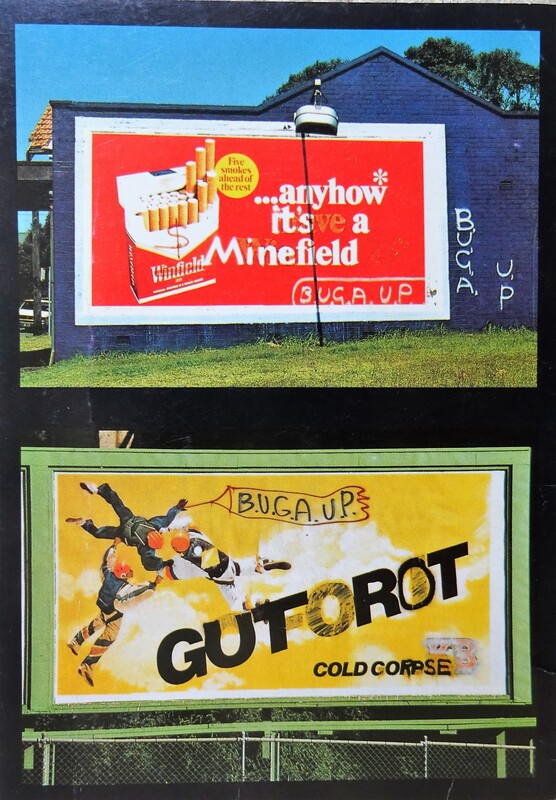 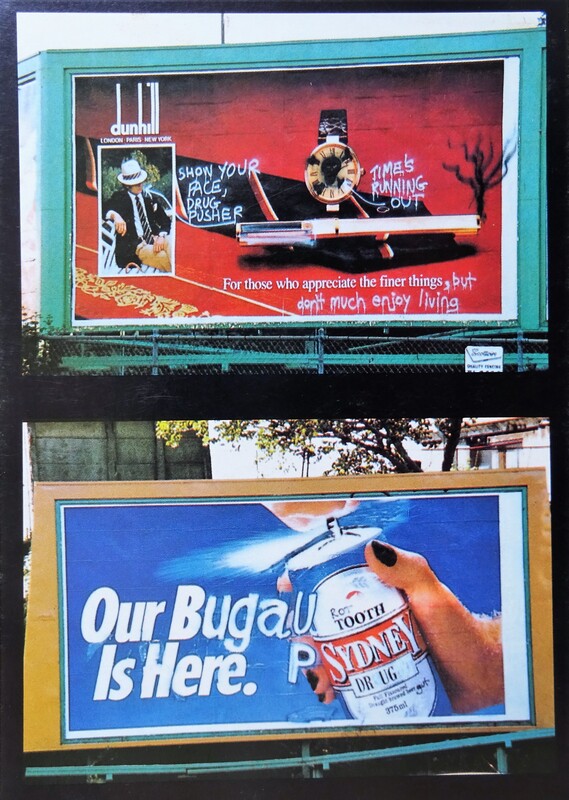 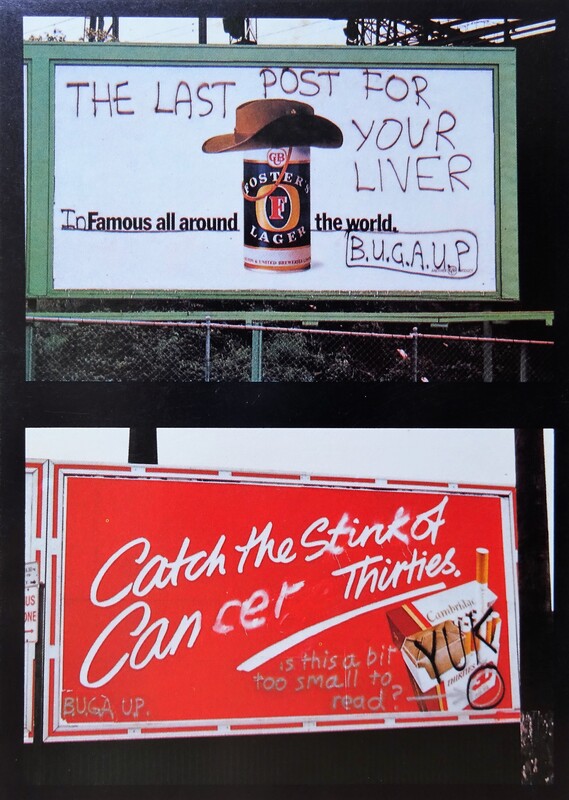 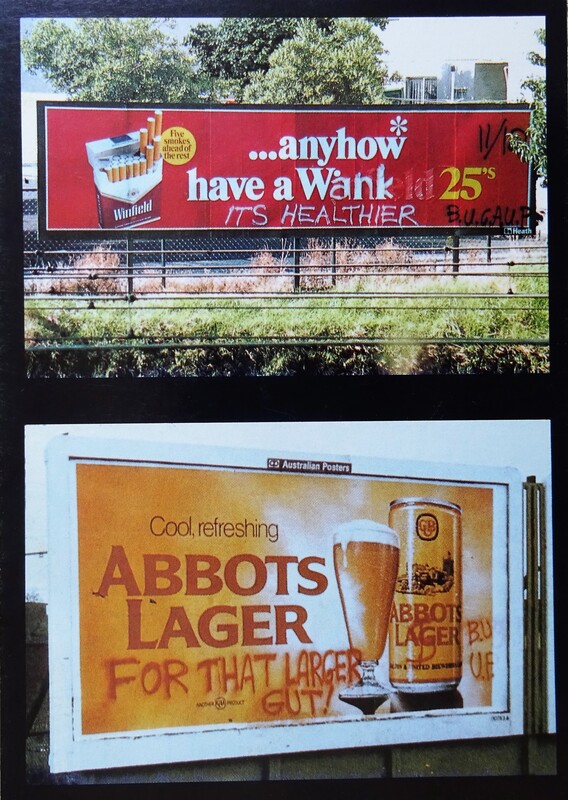 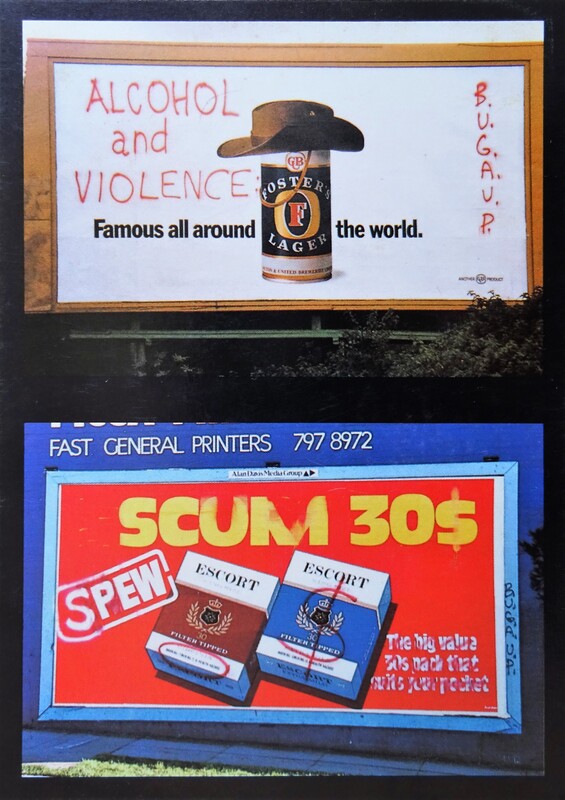 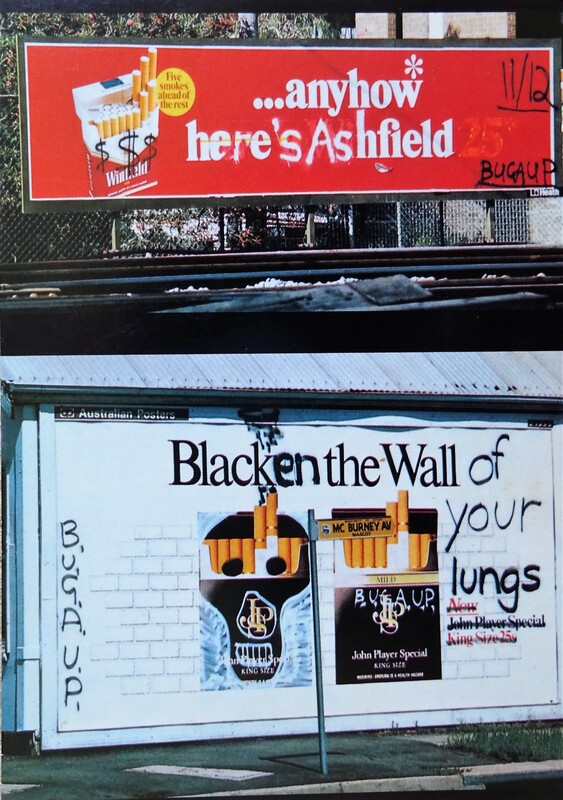 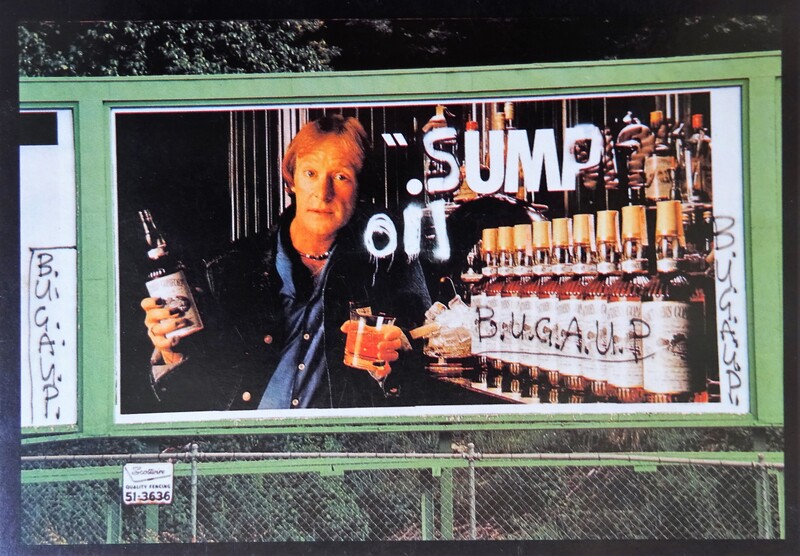 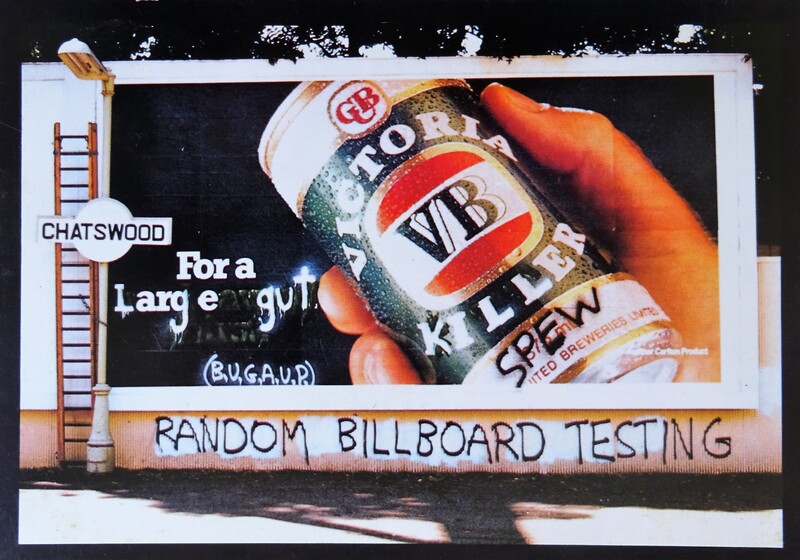 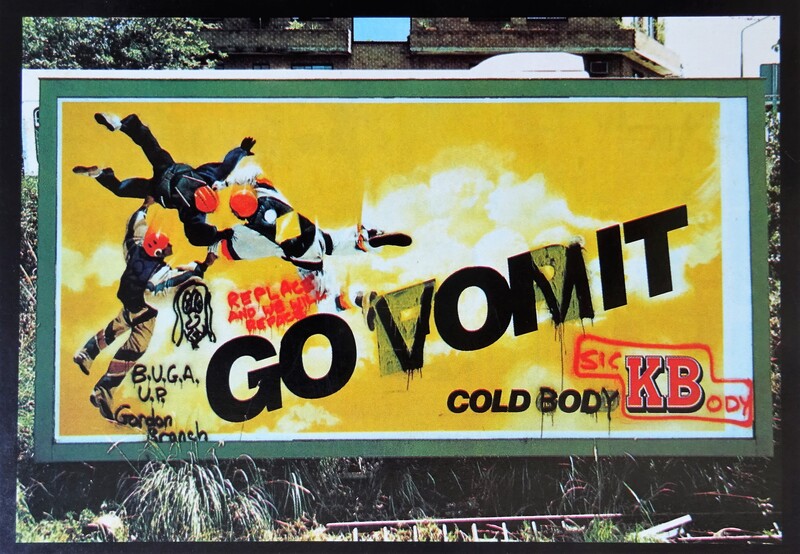 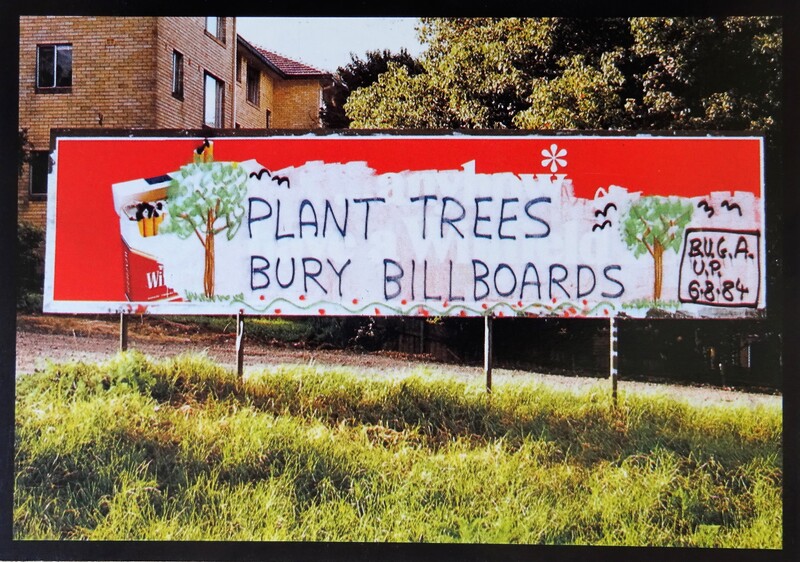 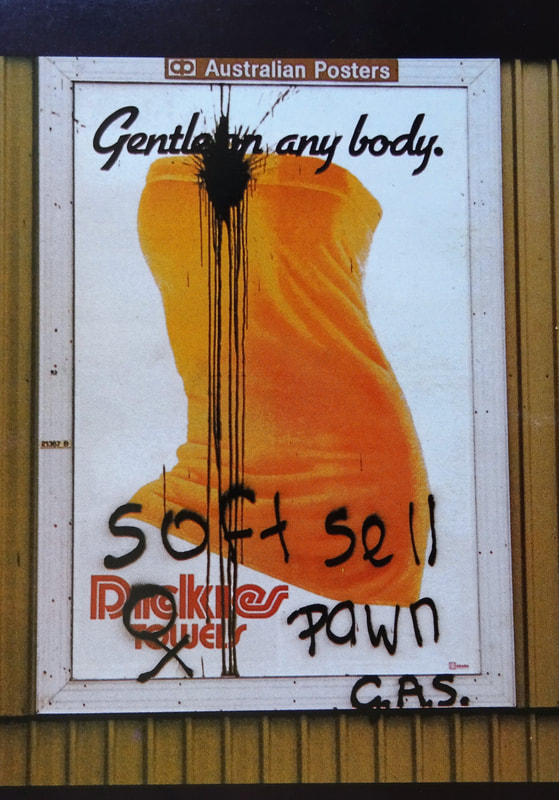 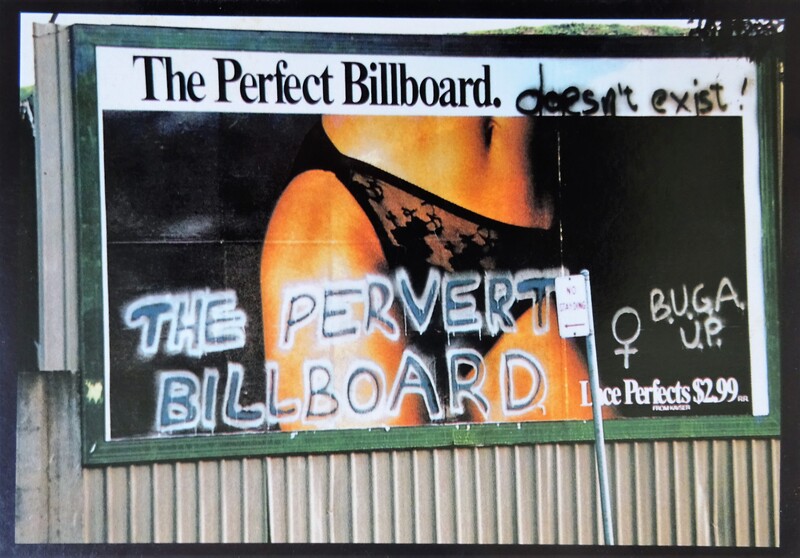 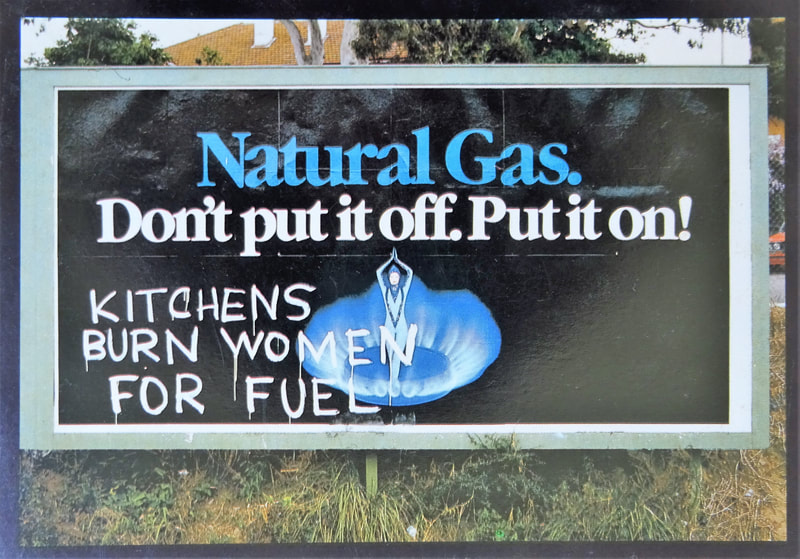 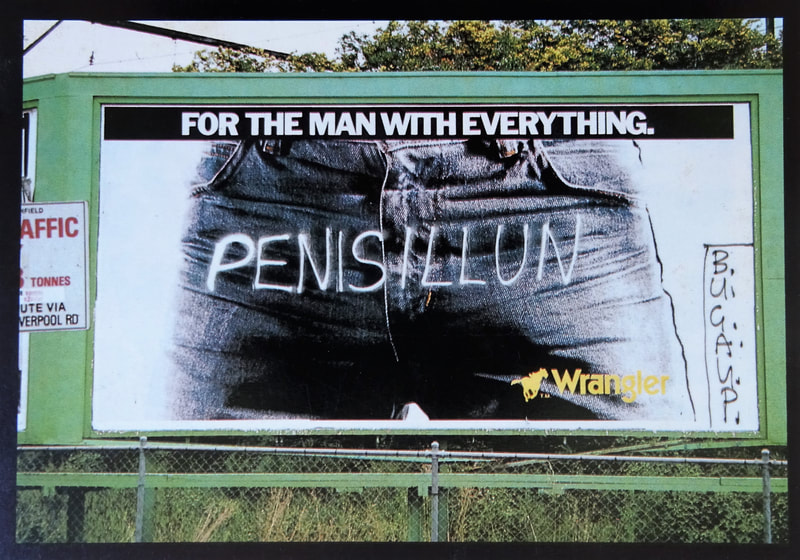 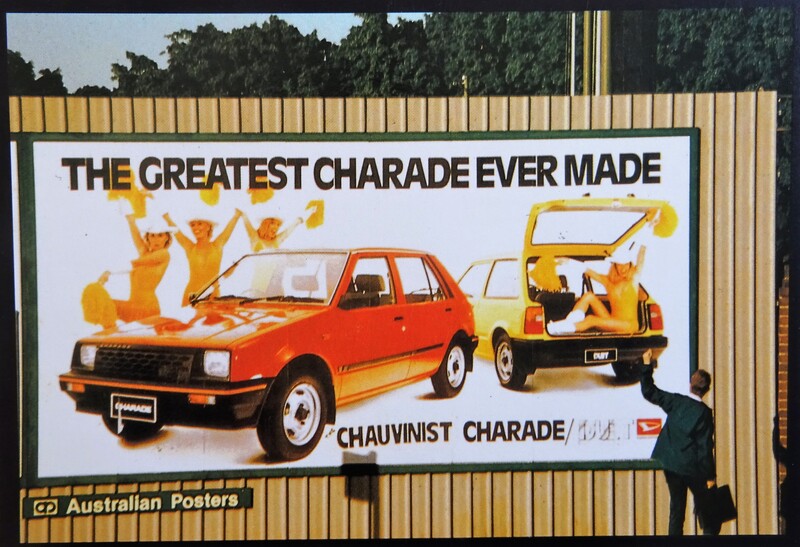 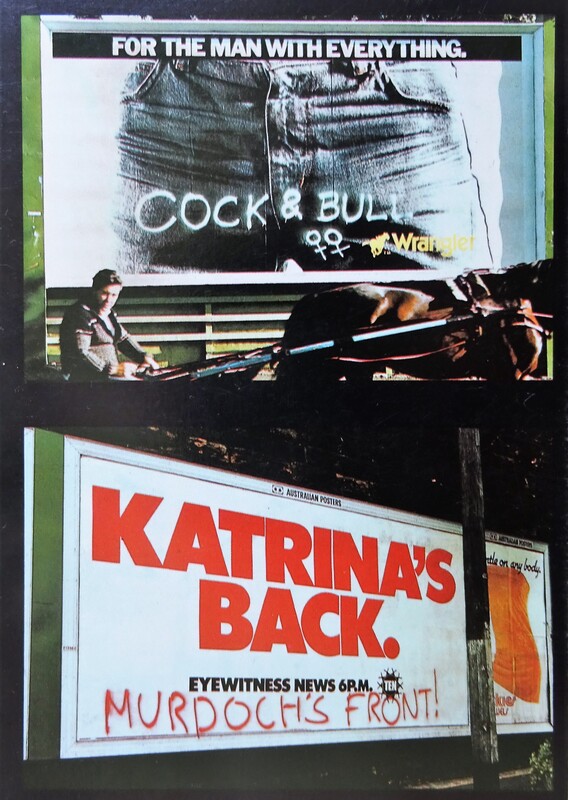 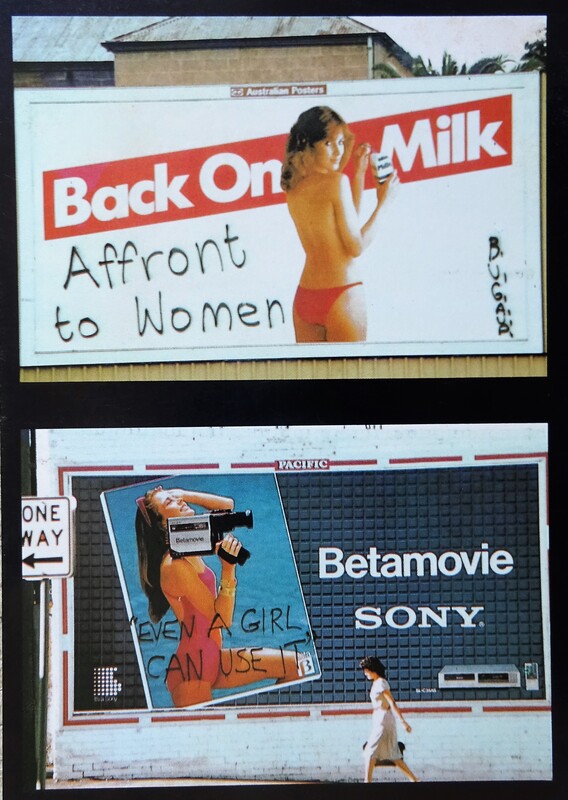 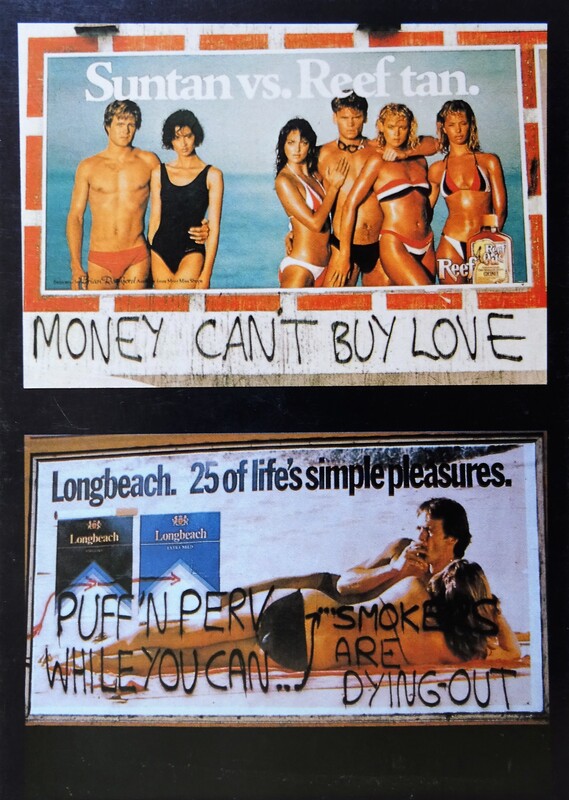 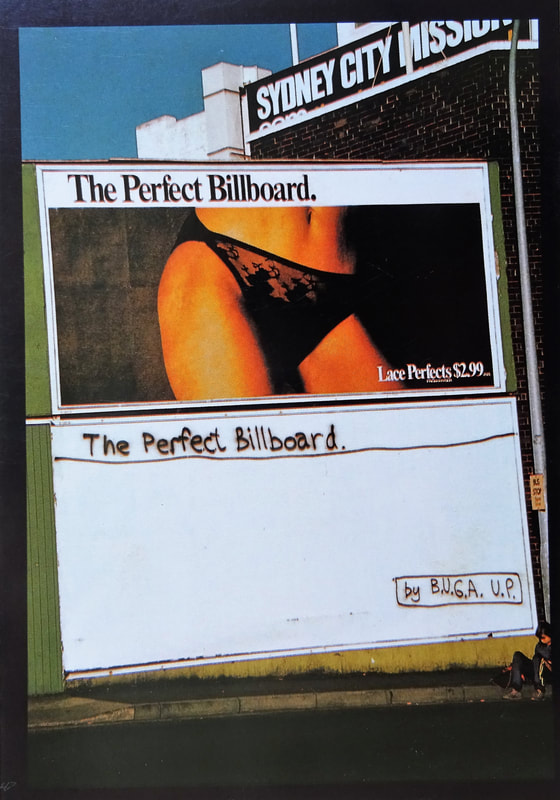 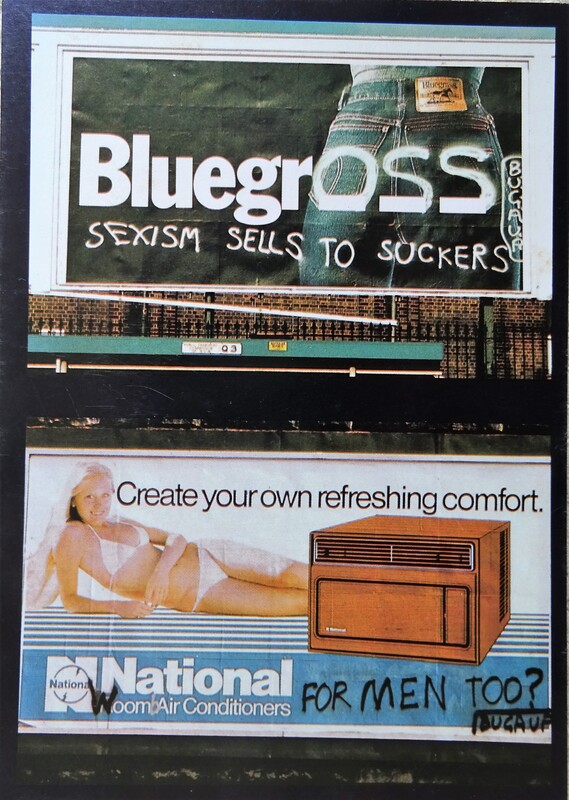 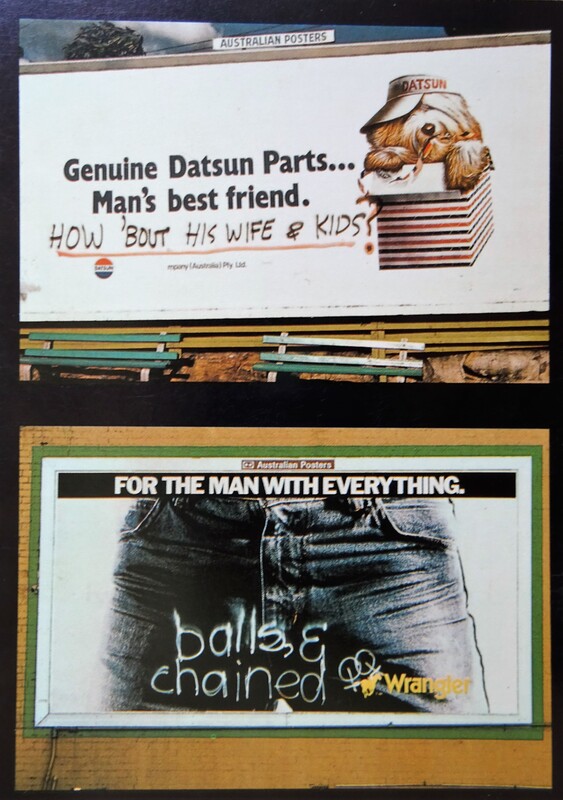 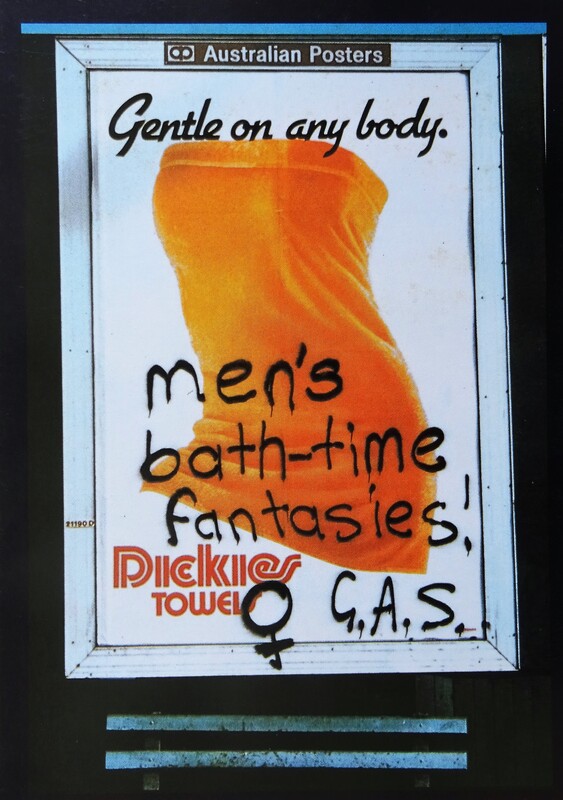